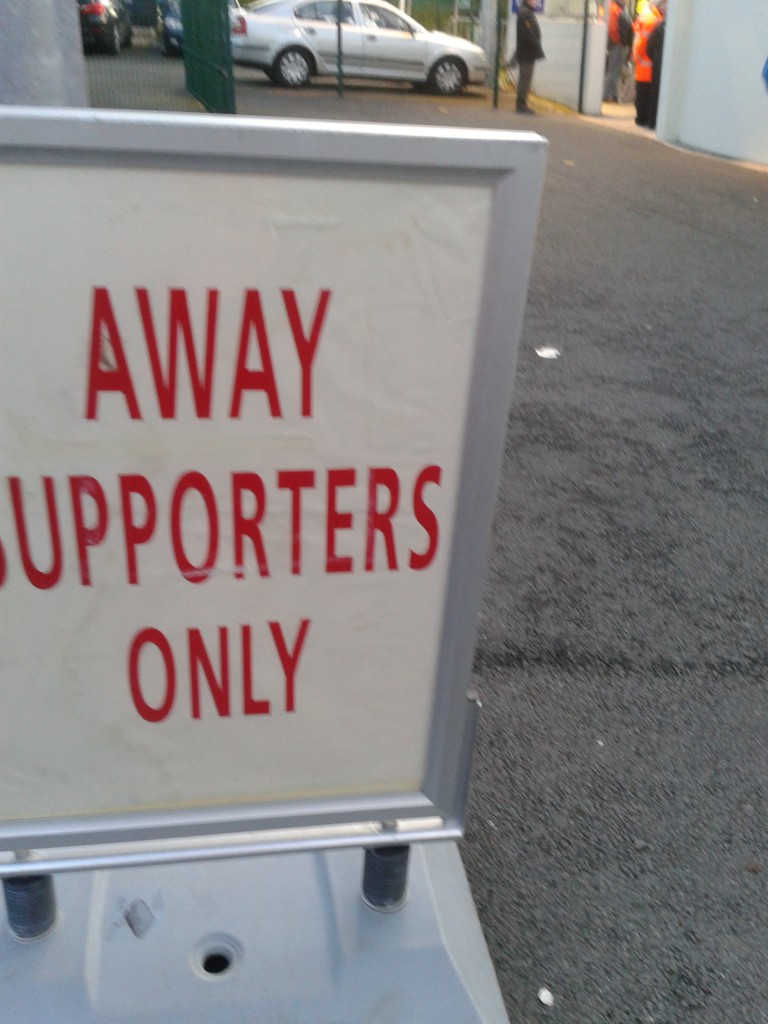 “Oh Belfield in the sun, thank fuck we’re not still in Division one….”

So the heartfelt footy anthem would surely have gone if it were written by a Red rather than some soap-dodging Weedgie Schemie.

Trips out to the leafy suburb on Clonskeagh are probably not high up on the list of aways for most Reds, but the second Friday in May provided an ideal opportunity for Shels fans to watch their team in the unusually serene and prosperous environment of the chattering classes. No, gone is the air of menace and bile that is so prevalent at places like Oriel Park and Jackman, instead replaced by the smug satisfied sense of success. How about that assonance fans?

In the absence of any decent or noteworthy alehouses in the vicinity, me and a mate plotted up in his apartment in Stillorgan and wiled away the early evening swilling Hobgoblin and Old Speckled Hen while reminiscing about the good old days. A short bus journey over to the Clonskeagh entrance and the realisation that there’s a bit of a walk through some scenic greenery to the ground without real ale to be had leaves me and my comrade a bit crestfallen. Only a sharp Reds performance will shake off this air of fleeting gloom. 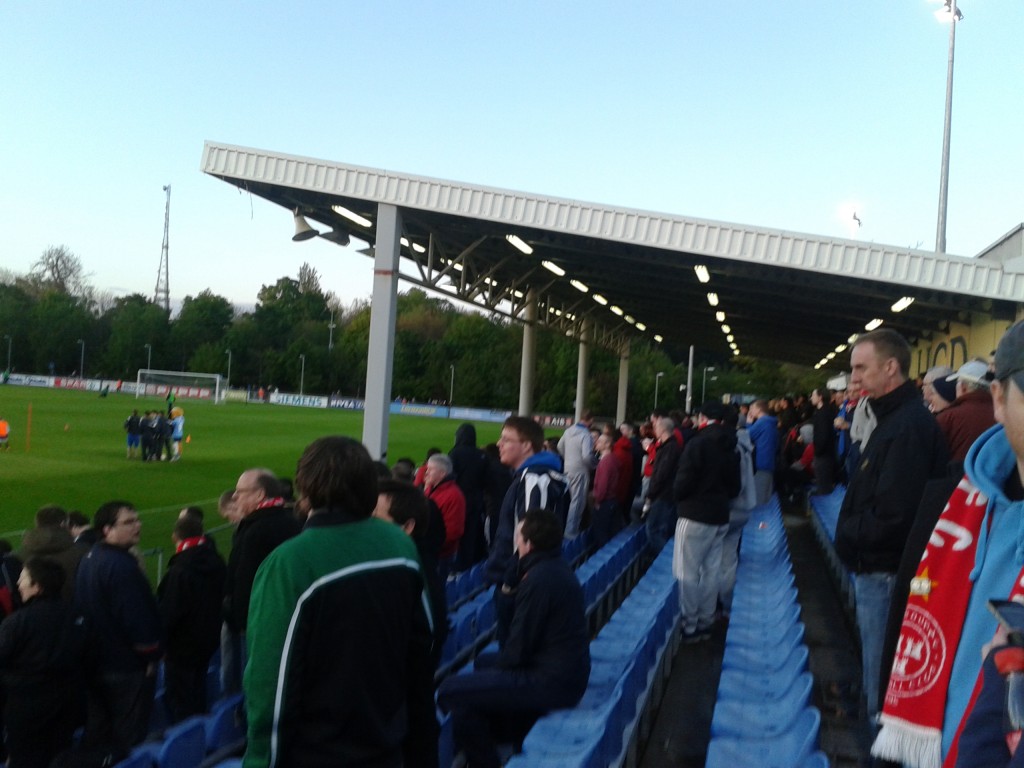 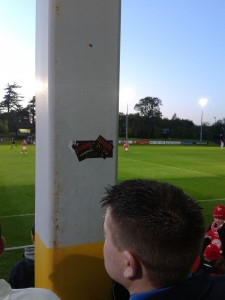 The misnamed Belfield Bowl is a stadium that Reds have had few chances to visit over the years. Into its 5th season now as a ground hosting senior football, its emergence as UCD’s home coincided with Shels half decade hiatus in the First Division and with only a balmy July 2009 visit to show. That night, an early Mark O’ Brien strike was the difference between the sides.

The Bowl has many of the traits of the modern LOI ground- plastic and a bit soulless truth be told. Similar to Athlone, it’s a one-stand operation, shared by both home and visiting supporters. It’s clean, modern but ultimately bland. A mild and sunny evening, coupled with the tranquil surroundings, gives the game a real pre-season feel. The atmosphere is fairly lethargic, and with the away support only half covered by the roof, not too many songs are taking off despite the great start on the pitch. Sometimes you really do need a gang of snarling mongrel scrotes goading you from the other side to get you involved in the game. It’s always been a real drawback to games out there, the lack of any home fans to wind up for the 90 minutes. 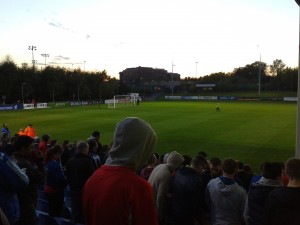 What Belfield might lack in natural edginess or moodiness, it makes up for with a decent enough away section; in essence half a stand, partially covered, close to the action, the absence of over-zealous stewarding and enough room to move about and mingle. There ain’t too many poles in the way either, so with a suitable vantage point you’re afforded a fine view of the action. Being close to the pitch is key in these circumstances.  The atmosphere, or lack thereof, is as much down to the game kicking off in bright sunshine as it is the ground.  There’s also a splendid little bit down the front to go bouncing about in when you nick a goal. Yes, I said splendid.

The early goal from Rambo sets the scene for the best Reds display all year, and not even Sean Byrne’s unnecessary red card can prevent the three points going Tolka-way. Casso seals it midway through the second half, and Shels fans finally get a taste of what the players can do when they’re allowed to take the ball down, keep possession and play it along the deck. A sign of things to come? Hopefully.

Now, it’s not every day of the week you get to see the world’s No. 264 ranked female tennis player in the flesh, swinging a racket about on a League of Ireland pitch, but clearly Arina Rodionova had fuck all else to do on a Friday night than show up to watch the shirts. Fair play. Let’s hope she enjoyed the night’s entertainment as much as the lads at half time did. Maybe she’ll trot down the Richmond Road next time she’s in Dublin after the rousing reception she received from the Reds. Here’s hoping.

We’ll see you back here in October when we return to claim our trophy back. (Yes, I know it’s a different trophy these days. And yes I know we’re not taking the title this year)